Avoid This Mistake At All Cost While Christmas Shopping 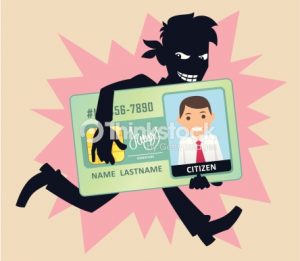 I received an email from a panic stuck consumer a few days ago. This crucial mistake could have easily been avoided.

This consumer was like most other shoppers this time of year, outspending, spending and yes, more spending on his gift buying in preparation for Christmas. His wallet and credit cards came out of his wallet store after store and register after register. His mind was busy on the lines, his Christmas list and all the other Christmas drama around him. At the end of his busy shopping day, he returned home to unwind from the hustle and bustle. Low and behold he reached in his rear pocket to retrieve his wallet and somehow, somewhere along the way in all the hoopla his wallet went missing.

Realizing his wallet was stolen, he went into shock thinking his credit cards are being used and he was sure his ID was in the process of being stolen. You see, in addition to his credit cards, driver’s license and work ID, he also carried his Social Security Card in his wallet. Santa Clause himself couldn’t have given ID Thief better information to carry out their crime. I suggest always keeping your Social Security Number and Card safe. Your Social Security Card is not something you need on a daily bases and should not be carried around with you.

I explained to this consumer that more than likely a criminal would have been looking for cash and possibly credit cards. I advised him to contact his creditors and instruct them to cancel his credit cards due to theft and issue new ones. Canceling his cards would limit any risk of loss on his credit cards but what about his ID? I explained that most thieves aren’t in the ID theft game even if they have all your information. I instructed him to be safe and put a fraud alert on his credit reports. The fraud alert will require any new potential creditors to confirm his Identification prior to granting any credit. Always remember what your mother told you, you are better to be safe than sorry.

Lastly, the day after his frantic email, he wrote back saying his wife found his missing wallet (the very one he was certain was stolen) in one of his shopping bags. He now felt a huge sense of relief and regained his Christmas spirit.

The moral of the story, keep your Social Security Number and card private. This number should only be used in making applications for credit from a trusted source.

We use cookies on our website to give you the most relevant experience by remembering your preferences and repeat visits. By clicking “Accept All”, you consent to the use of ALL the cookies. However, you may visit "Cookie Settings" to provide a controlled consent.
Cookie SettingsAccept All
Manage consent

This website uses cookies to improve your experience while you navigate through the website. Out of these, the cookies that are categorized as necessary are stored on your browser as they are essential for the working of basic functionalities of the website. We also use third-party cookies that help us analyze and understand how you use this website. These cookies will be stored in your browser only with your consent. You also have the option to opt-out of these cookies. But opting out of some of these cookies may affect your browsing experience.
Necessary Always Enabled
Necessary cookies are absolutely essential for the website to function properly. This category only includes cookies that ensures basic functionalities and security features of the website. These cookies do not store any personal information.
Non-necessary
Any cookies that may not be particularly necessary for the website to function and is used specifically to collect user personal data via analytics, ads, other embedded contents are termed as non-necessary cookies. It is mandatory to procure user consent prior to running these cookies on your website.
SAVE & ACCEPT