Do Debt Collectors Delete Collections Once They Are Paid? 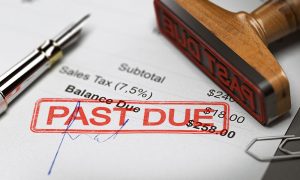 I decided to write about this question since I hear it fairly often. To be more specific, most consumers say they’re told by debt collectors they will delete the collection once it’s paid.

First off, let’s think about who a debt collector is. A debt collector is generally hired by a creditor who was unable to get a consumer to pay their debt. In most cases, a debt collector only gets paid once they are successful in obtaining money from the consumer. Consumers would be very wise to understand this process as many debt collectors are very crafty in how they say things.

A debt collector is mandated by a Federal Law called the Fair Debt Collection Practice Act, FDCPA. This act prohibits debt collectors in many ways. Many ethical debt collectors work within the guidelines set out in the FDCPA but they still may say things in such a way that a consumer may misunderstand. Is this intentional? You be the judge.

Recently a young man told me he paid off a medical collection and he insisted he was told the account was to immediately come off his credit. I asked him why he felt this way. He explained the debt collector said as soon as his payment funds cleared they would notify the credit reporting agencies informing them his debt was no longer owed. He then told me the debt collector updated his credit report to show the collection was paid. I explained he misunderstood the debt collector and they did exactly what they said they would. A paid debt, in fact, is a debt no longer owed. He disagreed with me and was mad saying they didn’t do what he thought they were going to do which would have improved his credit score.

It is very important to listen and understand. Ask questions before taking action. If you ever find yourself in this situation, ask for something in writing clearly spelling out what they will or will not do.